JackThreads, a men's flash sale website, was in the process of shifting their business towards a clothing-retail model. When they approached Sub Rosa, they initially were expecting to have us build just the pop-up shop. Instead we offered a broader narrative framework that they then used in their marketing materials and messaging that in turn lead to a more powerful pop-up retail experience. The narrative that we offered focused on the process of transformation men experience as they enter into adulthood. The bath house was chosen as the environmental manifestation of this concept for its cultural significance as a space for sharing, contemplating and most obviously cleansing.

The space we managed to secure had been a synagogue in Soho, but architecturally already fit the mood that we were trying to achieve. I designed the retail fixtures to reference locker rooms and built into the space a gathering area that was reminiscent of a Finish tiered-seating sauna. This gathering area was used during the two week activation to host various programs that also supported the concept of the space. Ultimately, the pop-up garnered a great deal of attention, brought in new sales, and raised awareness of JackThreads' new direction. 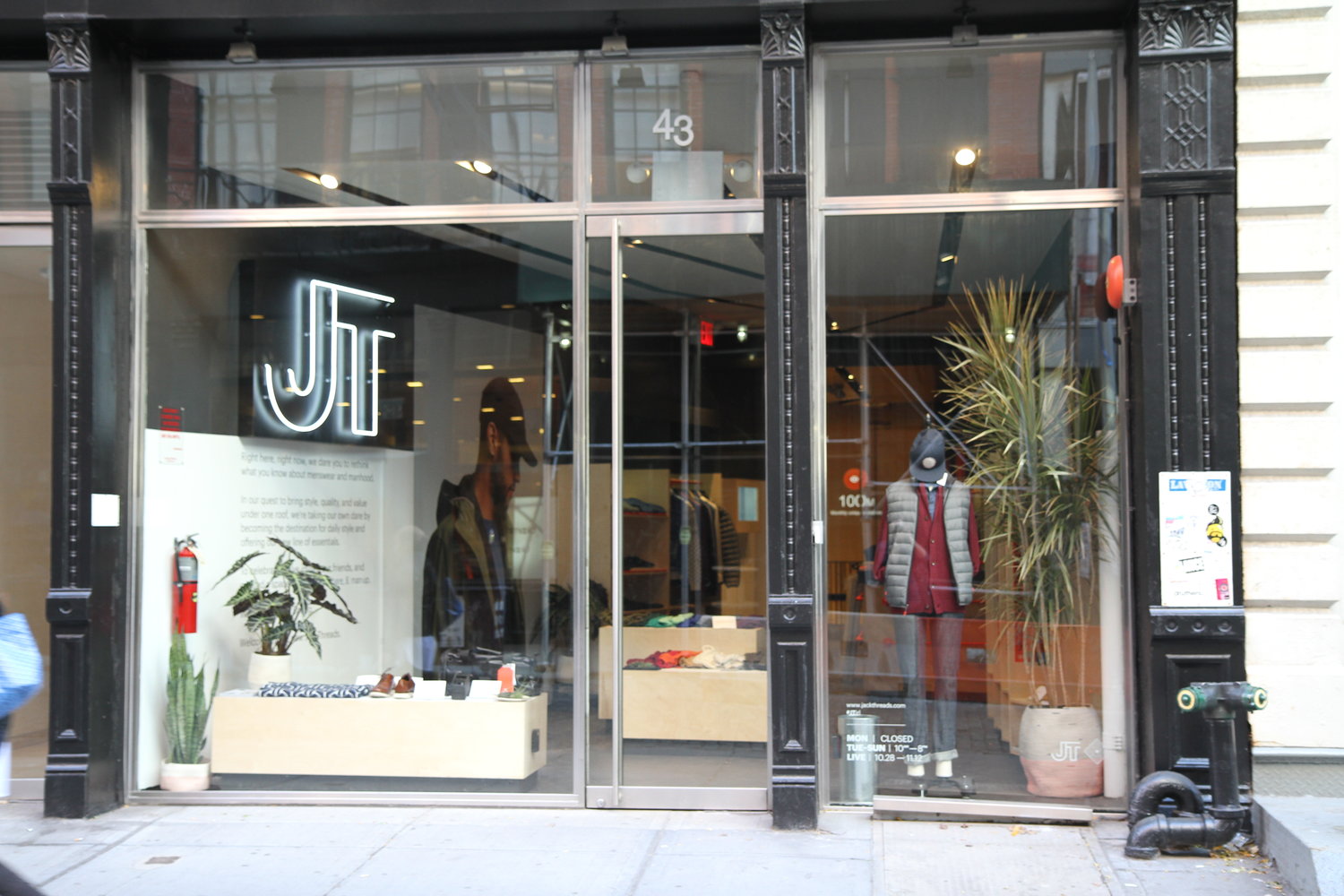 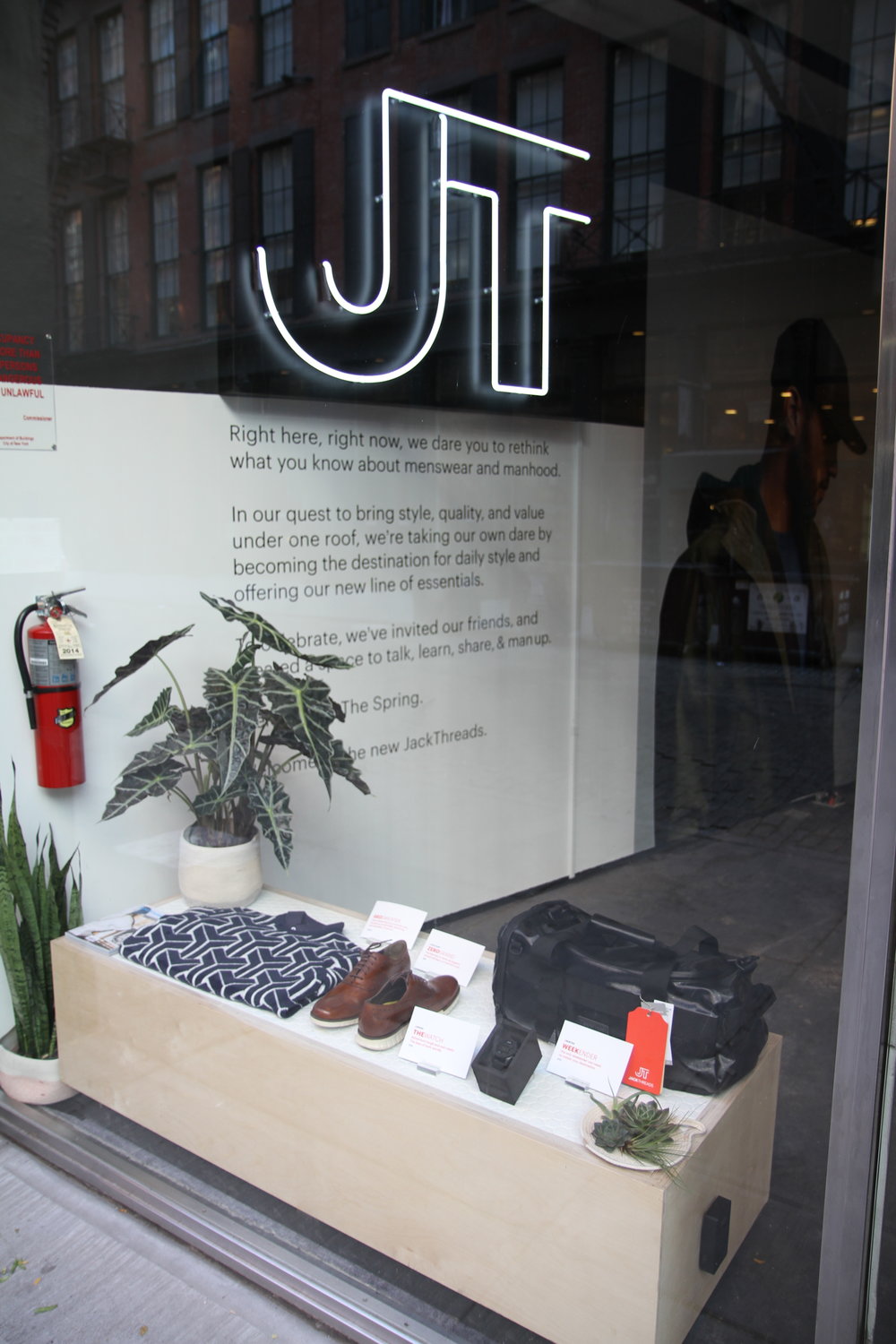 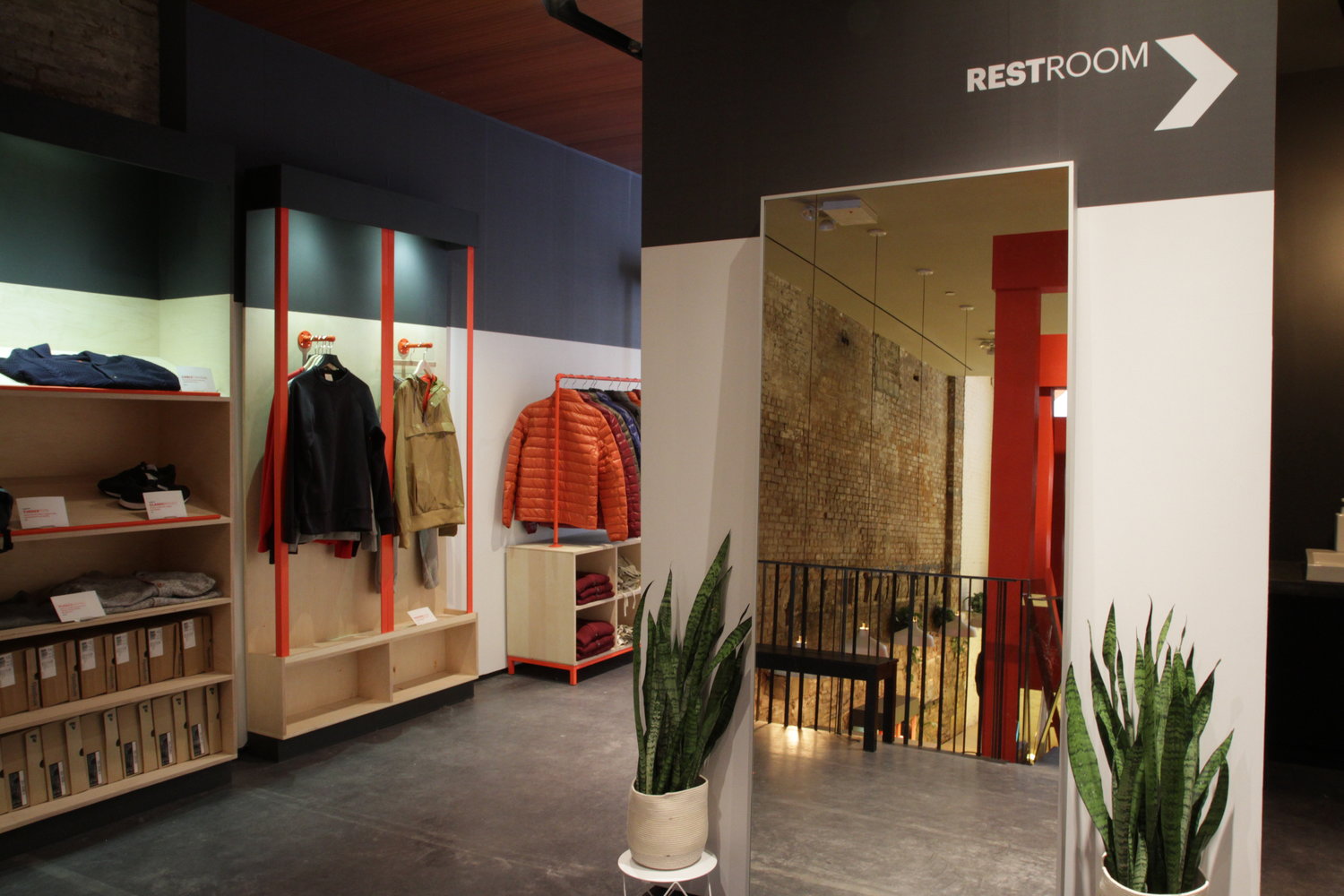 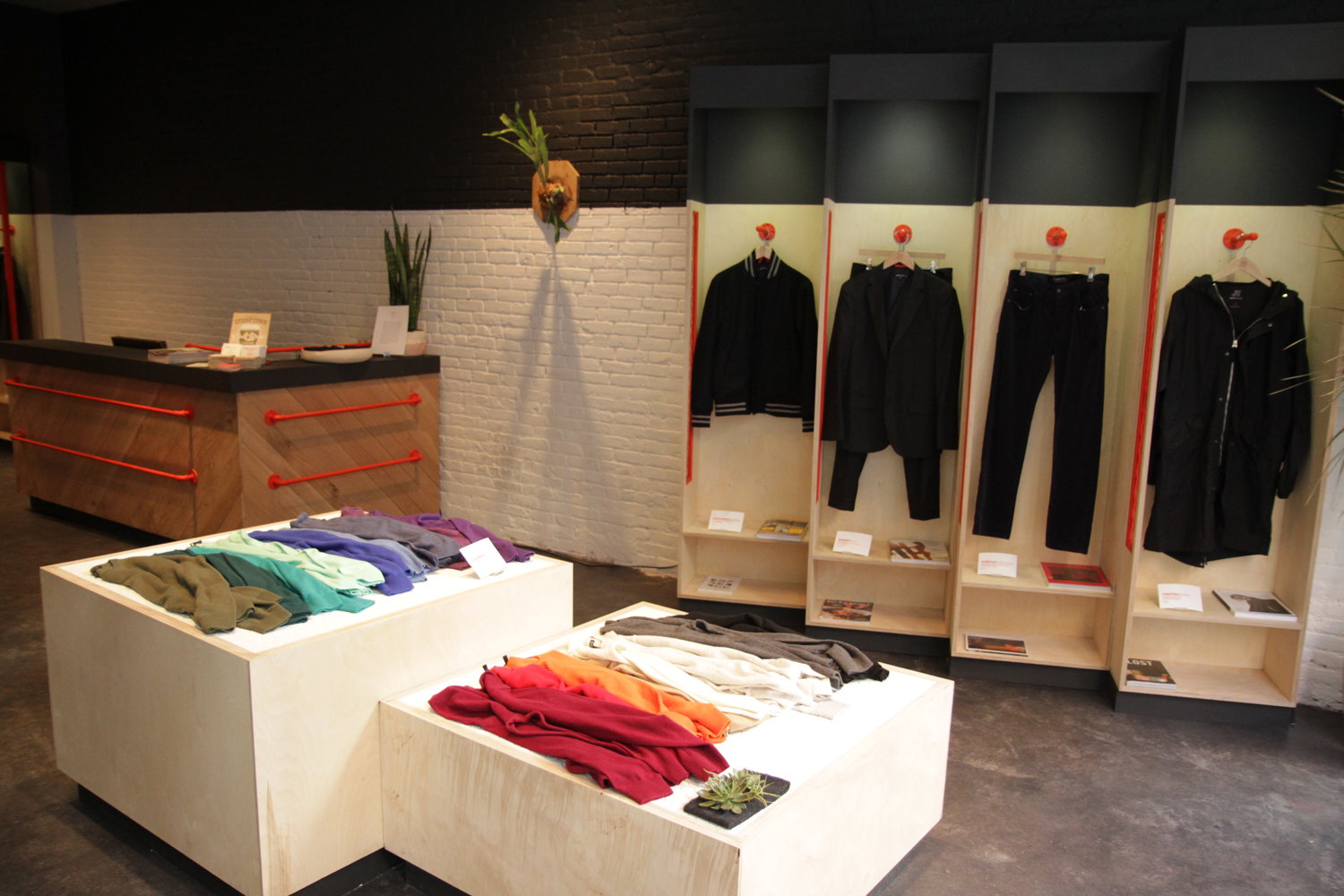 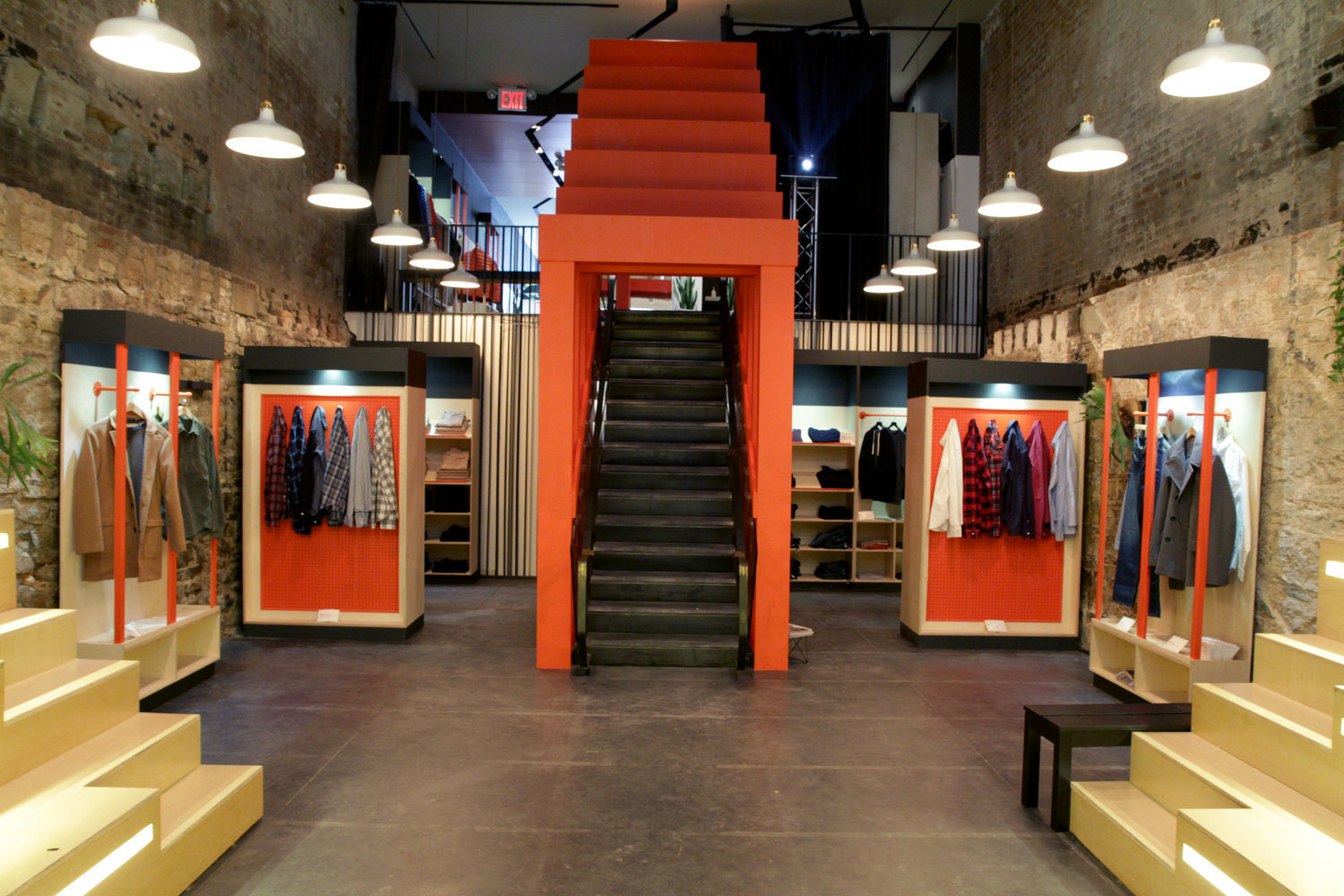 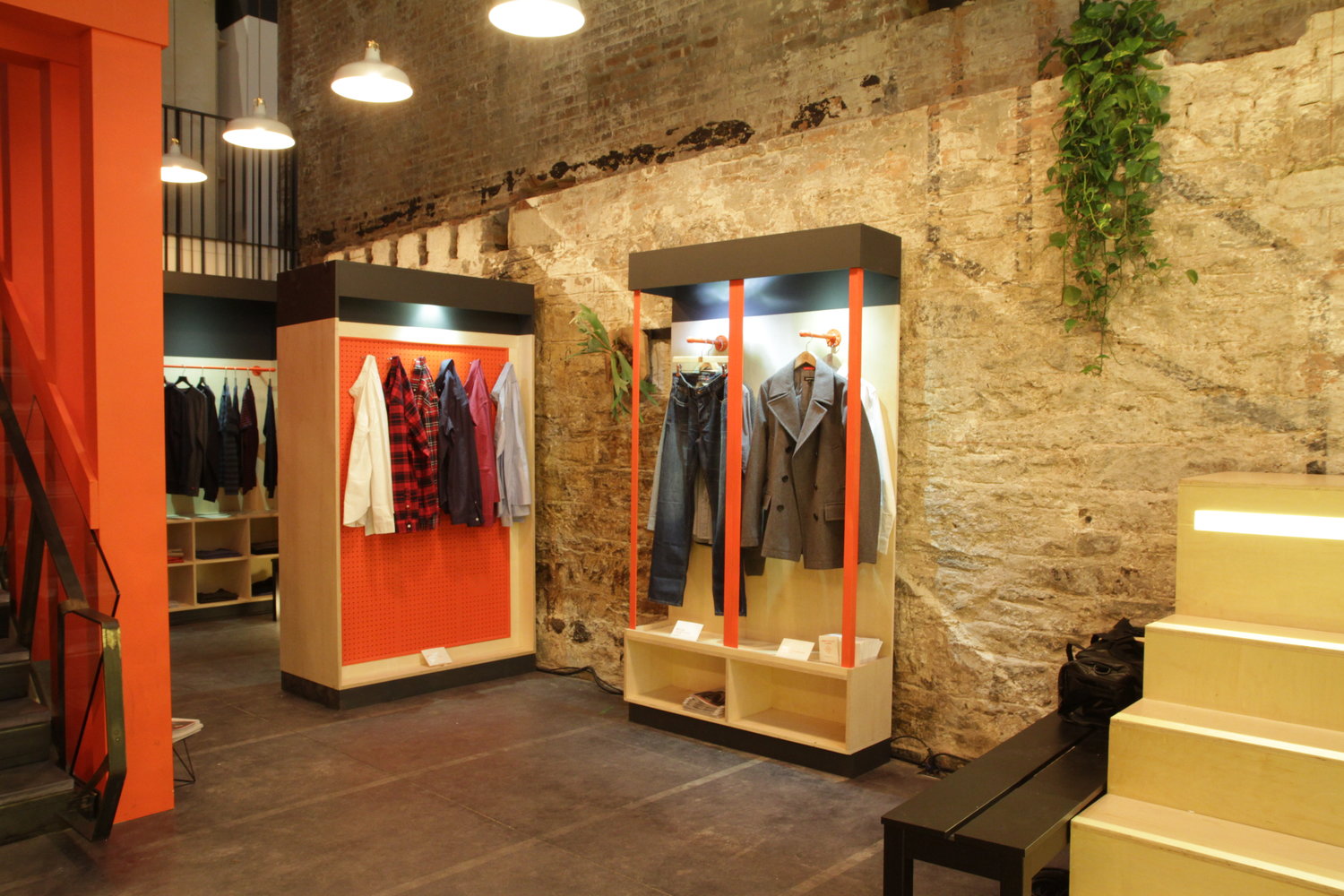 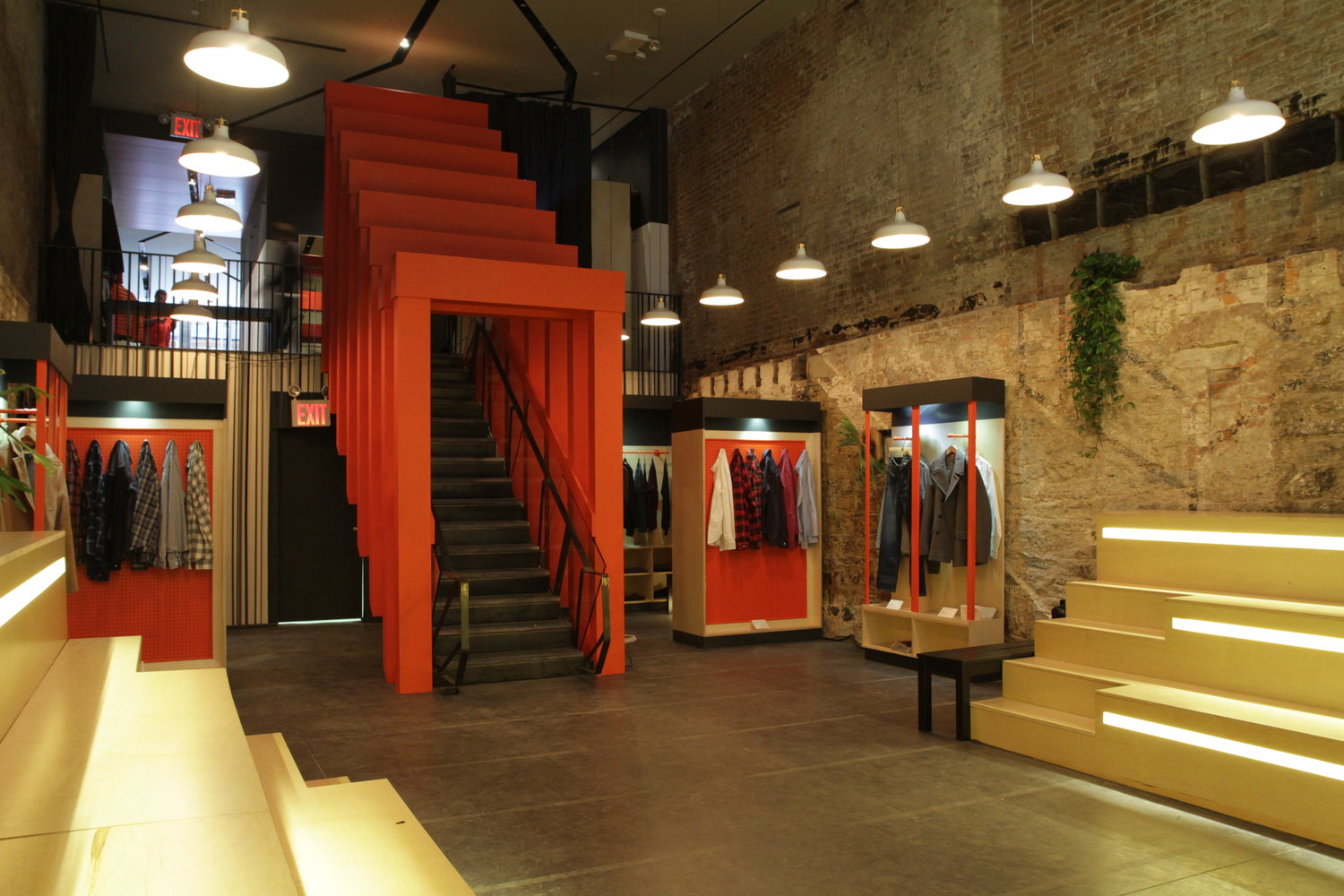 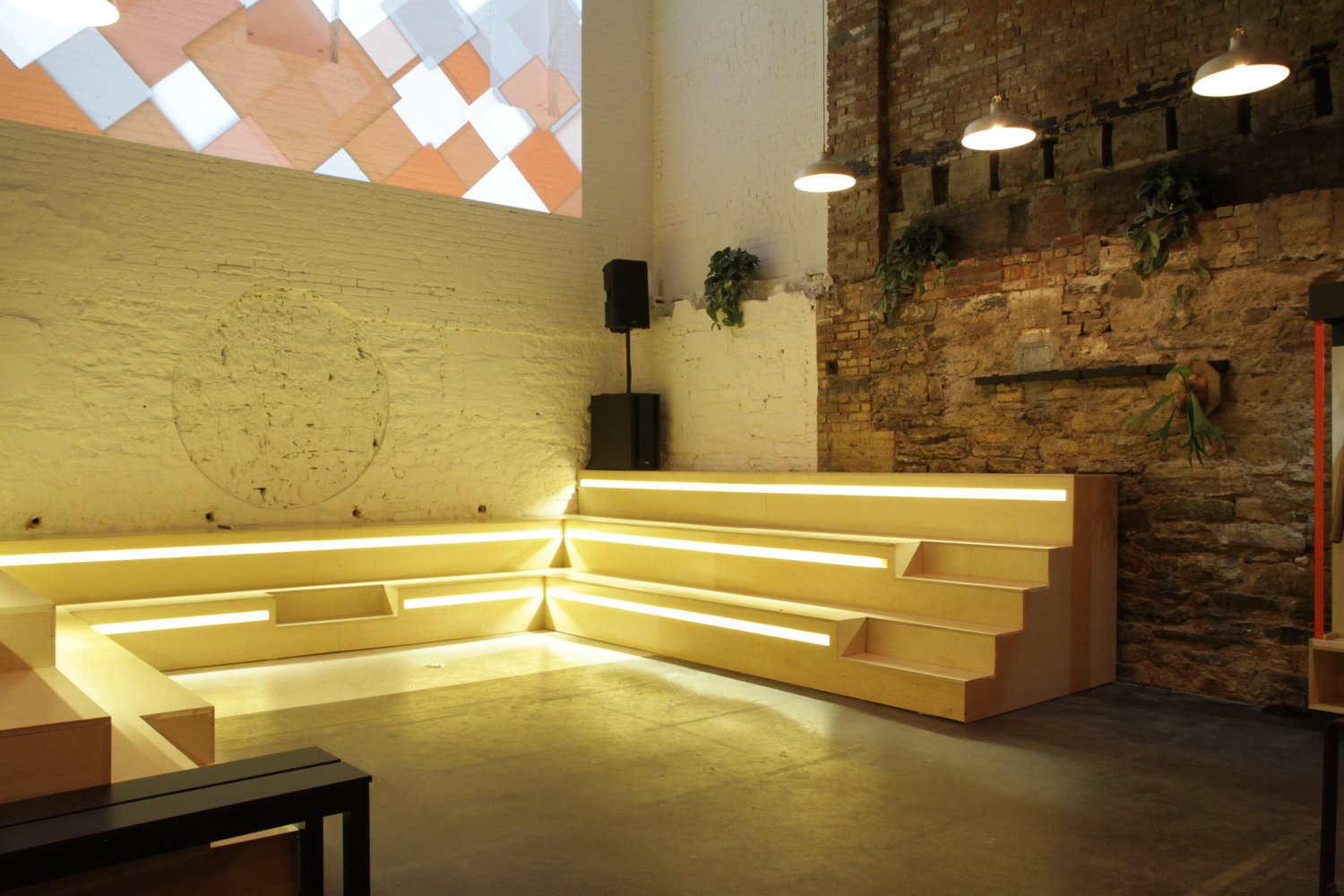